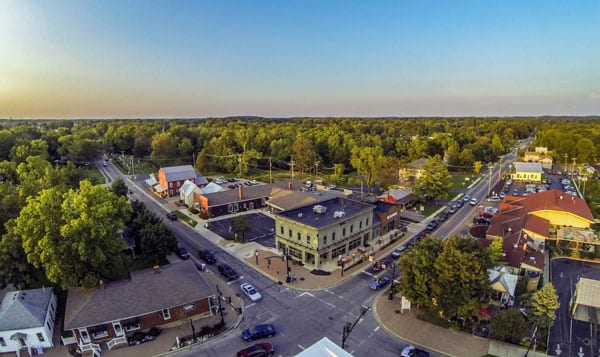 Looking for Heating, Cooling, or Indoor Air Quality Services in Powell, OH? Trust the experts at Upper Arlington Heating & Air. We specialize in the repair, maintenance, and installation of furnace, heat pumps, air conditioners, and more. We service all brands and types of HVAC equipment in Powell, OH. We look forward to providing you with a trusted HVAC solution. Give us a call today!

With a population of around 13,375 people, the City of Powell is located in Delaware County, Ohio. Because the area’s first residents moved to the area from Middlebury, Connecticut, the town was originally given the name Middlebury. It was settled around the year 1801, two years before Ohio became a state.

In 1857, the local Judge Thomas Powell opened the first post office there, and soon after the town’s residents selected his name for the town. As such, Powell’s roots came about with the construction of the railroad going through that area. In 1947, Powell was incorporated as a municipality and its population remained small until around the late 1980s when residential development grew from the northern Columbus metropolitan area and started to arrive in Powell. Then, in 20 years, the population spiked from what was less than 400 people to more than 6,000 people.

In July 2005, Powell was ranked by CNN Money and Money magazine as the 18th Best Place to Live on its list of the “100 Best Places to Live in the U.S.”

Powell is located between the Olentangy and Scioto Rivers. It is located roughly 14 miles north of Columbus; at the intersection of State Route 750 and C.R. 9. This is in Liberty Township and is the site of the first settlement in Delaware County. According to the census bureau, Powell has a total area of just fewer than five square miles, all of which is land.

Upper Arlington Heating & Cooling is honored to serve homeowners in Powell, OH with the most trustworthy HVAC products and services at the most competitive rates in the area. We’re the preferred local HVAC contractor of choice in the Franklin County and Central Ohio area for heating and cooling services.

We offer same-day emergency services for heating and cooling equipment, 24 hours a day, 7 days a week, including weekends and holidays! Furthermore, we offer expert installation for those needing a new air conditioning system, heat pump, or furnace in their Powell, OH home.

We’re also excited to offer Powell residents our year-round Service Maintenance Agreements if you’re looking to get the most from your A/C, heating system, furnace, or any other HVAC system with preventative maintenance, which should be done every year to keep your manufacturer’s warranty valid.