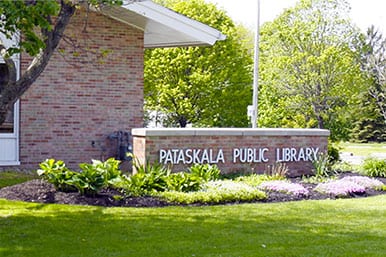 Looking for Heating, Cooling, or Indoor Air Quality Services in Pataskala, OH? Trust the experts at Upper Arlington Heating & Air. We specialize in the repair, maintenance, and installation of furnace, heat pumps, air conditioners, and more. We service all brands and types of HVAC equipment in Pataskala, OH. We look forward to providing you with a trusted HVAC solution. Give us a call today!

Located about 19 miles east of Columbus, Pataskala is a city in Licking County, Ohio, with a population of about 14,962, according to the latest U.S. census. Until 1996, Pataskala was a small community until it merged with Lima Township. This drastically increased its geographic area and population.

In 1851, Pataskala was laid out after the railroad was extended to that land. Its name comes from the Delaware language meaning “licking river.” They’ve had a post office in operation there since 1852.

With an area of nearly 30 square miles, Pataskala is located along the South Fork of the Licking River in southwestern Licking County. It is home to two school districts, Licking Heights Local and Southwest Licking Local Schools.

In addition to local food, shops, a community swimming pool, and a golf course, Pataskala has a variety of things to do and see including the Sterling Theatre run by the town hall and the Mead-Needham Museum run by the historical society.

Upper Arlington Heating & Cooling is proud to serve homeowners in Pataskala, OH with the most trustworthy HVAC products and services at the most competitive rates in the area. We’re the preferred local HVAC contractor of choice in the Franklin County and Central Ohio area for heating and cooling services.

We offer same-day emergency services for heating and cooling equipment, 24 hours a day, 7 days a week, including weekends and holidays! Furthermore, we offer expert installation for those needing a new air conditioning system, heat pump, or furnace in their Pataskala, OH home.

We’re also excited to offer Pataskala residents our year-round Service Maintenance Agreements if you’re looking to get the most from your A/C, heating system, furnace, or any other HVAC system with preventative maintenance, which should be done every year to keep your manufacturer’s warranty valid.